It is the goal of many small business entrepreneurs to quit their day jobs. LaunchScore has compiled a list US states ranked by potential entrepreneur success, or how likely it is that you can quit your day job in the near future. The results may surprise you.

LaunchScore.com estimates the potential yearly earnings (PYE) of nearly 1 million small business opportunities across the United States. To rank the states by potential entrepreneur success, we calculated the mean PYE for each state, and then subtracted that from the current median income in each state. The amounts were rounded to the nearest thousand for ease of viewing.

The difference indicates how much more or less than the median income a new small business can potentially make. This difference is a reasonable indicator whether you can then quit working and enjoy the fruits of your success or focus completely on your business.

We do realize there are other factors at play that determine potential entrepreneur success, such as individual differences. However, we believe this ranking illustrates places where there is a lot of small business potential, and a closer look at the business opportunities in the cities in these states should be considered.

Where Does Your State Rank?

To see where your state ranks, take a look at the map included in this blog post. A description of each color ranking is outlined below.

To see the full list of US states ranked by potential entrepreneur success, check the table at the end of this article. Note that the states of Alaska and Vermont are not included, because our current data does not include cities in these US states. However, we did include Washington, DC in the ranked results.

If you interested in what are the top small business opportunities in your city, you can perform a search of your own on LaunchScore.com.

Green States Are Where It’s At

These states have the strongest potential for entrepreneur success. Small businesses in states such as Connecticut, Michigan, and Maryland are estimated to potentially earn substantially more (from $25,000 to $48,000) than the current median income in these states.

Blue States Are Not Sad

These states have an above average potential for success. If you were to open a small business in Massachusetts, Georgia, or Texas, it could potentially pay more than the median income of most jobs, but not by that large a margin. Around $16,000 to $25,000 more per year.

Yellow States Are Not Shining Bright

These states currently have the weakest potential for entrepreneur success. For instance, in Ohio and Delaware, small businesses are expected on average to make less than the median income of residents. Thus, for most people, having a job is currently more attractive than starting a business.

US States Ranked by Potential to Quit Your Day Job Find more on: The LaunchScore Blog 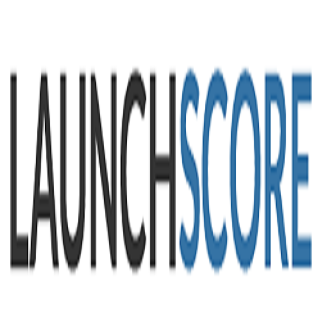